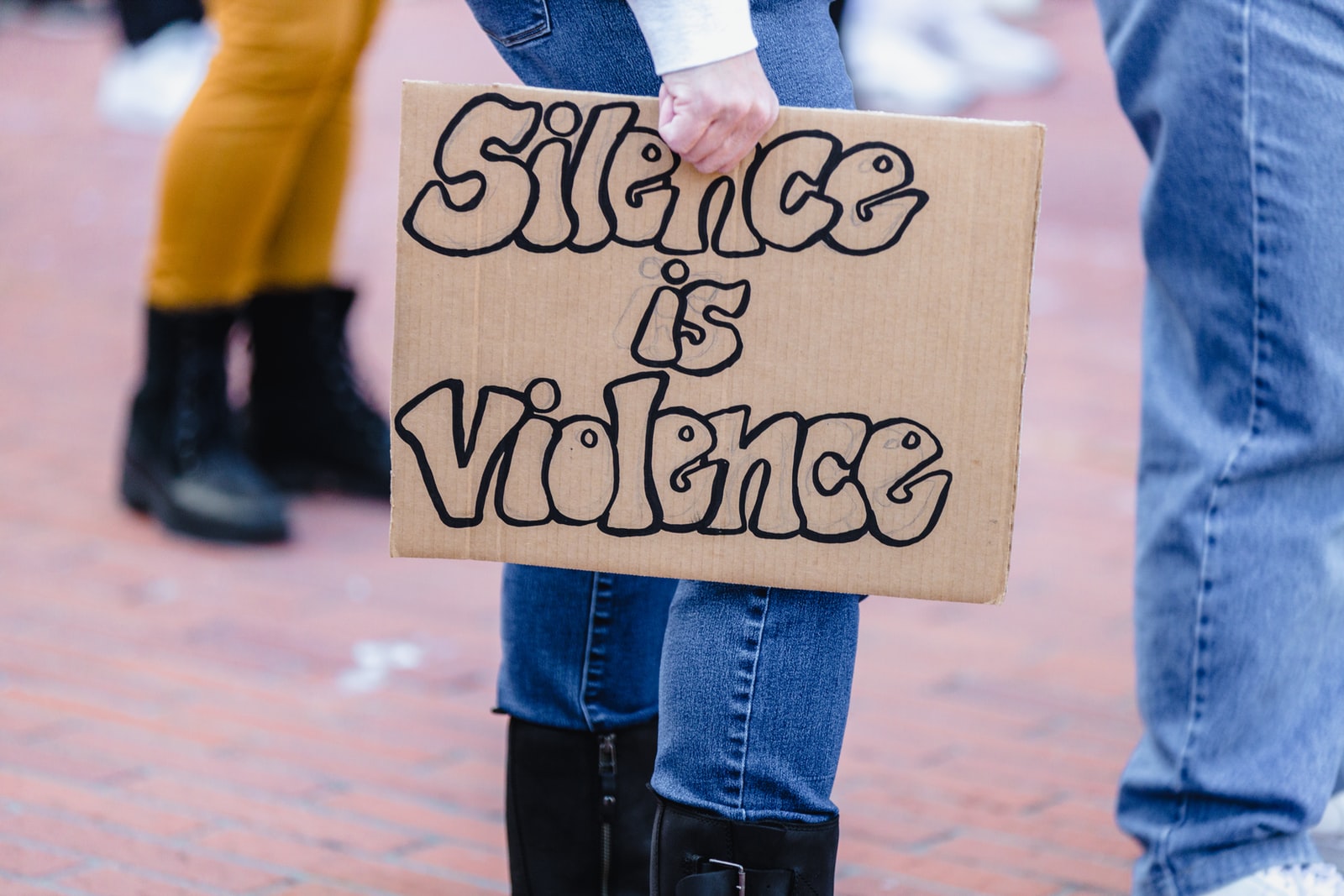 United Nations’ Secretary-General António Guterres recently coined the term “shadow pandemic” for the stark uprise in violence against women since the beginning of 2020. According to its report on domestic violence against women since COVID-19, seven in 10 women say verbal and physical abuse by their partner has become more common. Almost half of the participants surveyed around the globe reported that they had experienced, or knew someone who had experienced a form of violence. This report has gotten little attention, certainly not by mainstream or social media on any kind of grand scale.

Yet in recent weeks, the serious issues of domestic and sexual violence raisd by the Depp Heard defamation trial are now Tik-Tok memes and spectator sport, subject to armchair commentary by YouTube commentators, eager to rack up their subscribers . The internet spraying vitriol and mob-like scenes in front of the Fairfax county courthose are prompting experts to warn that the one-sided trial by social media is the exact kind of worst-case scenario that will have chilling effect on current victims of domestic abuse. The reaction to the verdict and the vitriol directed at an individual who spoke her truth is also chilling – to the core.

In a recent New York Times opinion article, “Amber Heard and the Death of #MeToo,” NYT reporter Michelle Goldberg writes a perspective of why the Depp Heard trial is one of the death blows to the #MeToo movement (or as it seems now, just a moment). As she illustrates in the article, the vitriol and misogyny surrounding these proceedings has done is send the message to women who have experienced domestic violence that if they cannot demonstrate that they are a perfect victim with an airtight 100 percent corroborated story, this makes her a liar. One that apparently deserves to burned alive and decompose inside a Honda civic ( as this article in Vice details, many of the bone-chillig texts that Mr. Depp sent to friends and acquantainces failed to raise an eyebrow in the court of public opinion). The evidence the jury igmored to reach the conclusion that there was not one single solitary instance of abuse is mindblowing. It’s ok to send text about burning your partner’s corpse after they are dead, as long as it is “dark humor.” Ms. Goldberg followed up with a second article after the verdict, “The Amber Heard Verdict Was a Travesty. Others Will Follow“. There are other notable articles echoing the wrong turn off the cliff the #MeToo movement has taken, which I will link below.

And perhaps even more unnerving, many of these virtue-signaling voices come from women themselves, eager to use platforms like YouTube, Twitter, and TikTok to tear down and expose Ms. Heard as a promiscuous, attention-seeking social climber.

I do not know Johnny Depp, or Amber Heard. And I do not know, nor am I the one to judge, whose version of the facts is more believable. But I do know their story, the way both of them told it. I have lived the love story of “absolute magic.” I fell for the charismatic, intelligent, disarming man, who was the perfect generous gentleman to me, my friends and my family at his best. I saw him taken down and unraveled by substance abuse. I have seen the Dr. Jekyll and Mr. Hyde behavior that begets the “monster,” a third entity that I managed to separate from the person until my life got so insane I could not justify making any more of those distinctions. Worst of all, I have seen myself turn into that dual-sided character, living a double life where I trusted no one.

The spectators to this sport are unquestionably in favor of Mr. Depp – from legal commentators to armchair psychologists, news outlets and publications, and of course armchair social media trial watchers. This trial and lynching by media will now give women all over the world more reasons to stay silent, and to stay with their abusers, period. There is no question that violence can also occur against men, and that there can be mutual culpability. But sometimes that two-way violence is simply fighting back. And in most cases, it’s not a fair fight.

There was an HBO documentary years ago that still haunts me, called “Every F-ing Day of My Life“, which you can now view on YouTube (warning, even for those who have not experienced any violence, this is super disturbing and upsetting to watch). This 70-minute documentary follows the final days of freedom for Wendy Maldonado’s fateful decision to protect her family from abuse at all costs, even her own freedom. Wendy, an Oregon Mother of four who pleaded guilty, along with her oldest son Randy for murdering her husband Aaron in his bed using a hammer and hatchet in May 2005. In her case, the final act of deadly force was clearly not in self-defense, but there is an argument it was justified. The police when called multiple times did nothing. The neighbors did nothing.

The sad truth is, many of those surrounding the abuser are enablers themselves, willfully turning a blind eye or focusing on the lack of aggressive behavior towards them. It is common for an abusive partner to display affection and debonair behavior to those around him, and to his significant other in front of them. This is often a manipulation tactic to bolster his image around others and/or to convince himself that he’s a good person.

But as Ms Goldberg explains, the leap of logical faith one would have to overcome to conclude that a victim, one weaker both in the physical stature and status sense, would have to manufacture story after story is beyond comprehension. The chilling effect of now having to be concerned with being put on trial to verify every detail of a version of events, including why one may have hidden evidence from friends, family, and law enforcement, will have far reaching effects beyond the glitzy and the wealthy. It will be yet another card that can be played to make victims stay silent and continue playing the game of “everything is fine”.

No one wants to hear what a woman who endured a violent relationship has endured. Every time I let my guard down and tell my story, the person across the table averts my gaze, squirms and looks away. It was easier to stay silent and learn the color wheel of concealers than to tell the truth and ask for help. If I were to be put on trial, any attorney worth her salt could expose swiss cheese holes in my story. Times that I retaliated and fought back with whatever I could get my hands on. Times where the facts just do not add up because of what my mind has done to protect me from those disturbing memories. This does not make what happened to me any less real.

It seems with the exception of the New York Times and some like-minded publications, which I have linked in the notes below, the entire internet is #teamjohnny and gleefully celebrating the takedown of Ms. Heard. The schadenfreude is palpable.

This is exactly the point. And what is unfolding. Literal blacklisting. Calls to burn the liar at the stake (meant in dark humor, of course). Let’s ignore the fact that the jury actually does not seem to understand the legal definition of defamation, the fact that this case is about what was written in an Op-Ed, not who they liked better

The truth is no one except for the two people in the relationship ever knows the truth. It does not matter how many recordings, texts, witnesses, or police reports you have. Nothing will ever give the complete picture of the roller-coaster ride that is the gaslighting, pushes, shoves, arm grips, taunting, name-calling, sneering, or intimidating acts that take place behind closed doors. The message I take from this is if we do not have an airtight impenetrable story, we are liars who deserve public humuliation and ridicule.

What about us, the less-than-perfect survivors? Who will be #teamwomen? As a minority group, we are at a crisis point, and it’s a lot bigger than this trial. It’s alarming that this New York Times article was one of the only things I could find after scouring the internet for hours raising these important points. It was even more alarming what comments were being left attacking the reporter for raising them.

I used this platform of a fitness blog to say these things, because staying silent isn’t healthy. Women who seek to be fit and happy deserve healthy relationships, because when they compromise their self-worth, there are bound to be devastating consequences to quality of health and life. These articles that we write are not about ruining the good name of some unnamed person in the past – that misses the point. They are about our hope for starting over and inspiring others with our survival.

Maybe part of the problem is that we speak in hashtags. I agree, #Metoo is dead. Then again, I was brought up in the age where the # was always a pound sign.

If I alone cannot reverse the hashtag communication trend, then how about a new one: #wedeservebetter.

I will repost my article on toxic relationships, which I wrote last year, below, where I tell part of my survival story and hope to give others to tools to leave a toxic relationship and spot the red flags ahead of time.

Chinese medicine in the time of Corona

Click the Link above or the Image below to check out my YouTube Channel which has recoridngs from my Live webinars as well as shorts.