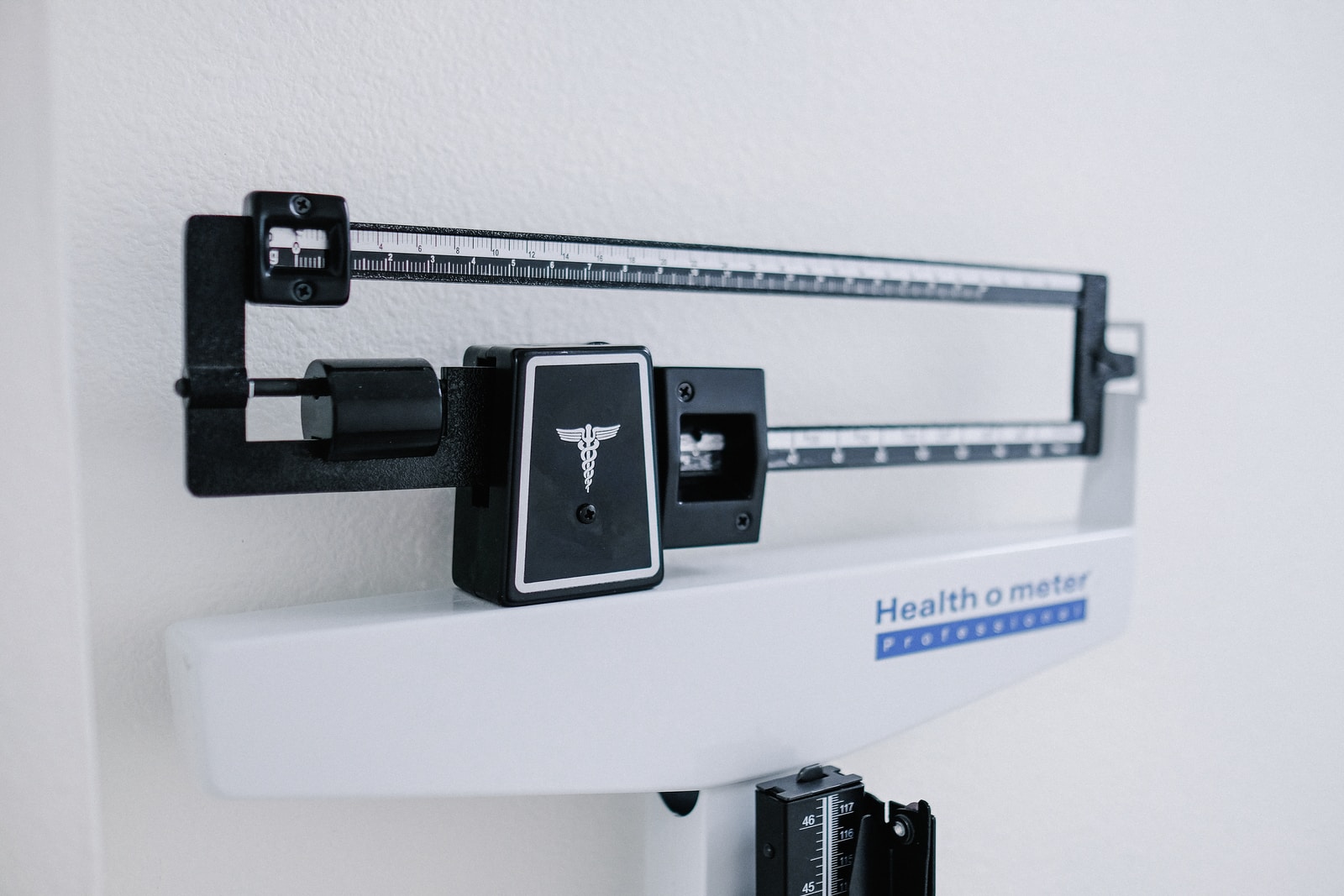 Lately I have come across a number of weight loss programs and food/meal/exercise plans based on calculating a baseline “BMI” and achieving a certain target.  We all of course get our BMI read out to us at our annual physical – and as a result, we are defined as overweight or underweight based on a predetermined ideal ratio of height and weight. But why is this outdated, plausibly biased metric still a baseline? There are some things about BMI that you need to know.

Body mass index (BMI) is a person’s weight in kilograms divided by the square of height in meters. BMI is an inexpensive and easy screening method for weight category—underweight, healthy weight, overweight, and obesity.

In response to why BMI is utilized, the CDC’s website doesn’t say it’s the best method, but rather that it is “inexpensive and easy” because the calculation requires only height and weight.

Why BMI is potentially BS

George Michael once said, “Sometimes the clothes do not make the man.” Well, sometimes BMI doesn’t make the woman, either (or man for that matter). Here are several reasons why you should at least be skeptical about BMI:

Upon researching more into a seemingly simple equation,it is evident that the equation really over simplified a lot of nuances that became a little too glaring. First of all, its origins speak volumes.  BMI is a test based on a formula developed in the 19th century by a Western European mathematiican named Lambert Adolphe Jacques Quetelet. Really?

And HE WAS NOT EVEN A PHYSICIAN. The same era where men wore 18-inch top hats to seem taller and women were forced to corsets so tight that they would pass out seems like a suspect vantage point for determining a healthy weight in the modern 21st century.

Why this is so problematic is that when one goes to the doctor and gives their height against their weight, they may potentially be classified as “healthy” if the doctor does not pose any other questions.  It is well documented that a person can have anorexia and yet have a “normal” BMI. BMI does not show how well your organs are functioning or if you have any kind of disordered eating.

On the CDC’s website, there is an attempt to recognize differences in BMI based on different backgrounds, albeit in horrifyingly oversimplified and problematic language:

First of all, if the last year has taught us anything, it’s that these types of assumptions and binary categorizations based on race are exactly the root of what is broken in our society. It is a fallacy to believe that there are significant biological differences between race.

Second of all, it is the intersection of white and thin privilege that has done so much damage in the way we perceive beauty and status in society. As I can say firsthand, being “good enough” has almost always equated with being “thin enough.” And feeling lesser than based on unreasonable and unsustainable standards.

I am not the first person to highlight these biases inherent in the BMI scale. In this HuffPost article titled The BMI is Racist and Useless, it explores exactly why the initial study that produced the BMI quotients is so flawed in an interview with Sabrina Strings, the author of Fearing the Black Body, the Racial Origins of FatPhobia. According to Strings, this initial BMI study would have been quite different, if for example, the sample size was from a population in Samoa, where people can be healthier at heavier weights.

Even in societies like Samoa, Puerto Rico, or Tanzania, where “plumper” bodies were traditionally more revered, the globalization of Western beauty standards is stigmatizing body types that historically represented fertility, wealth and beauty.  So now it is even more apparent that what may seem like an innoucuos statistical tool can actually feed into a damaging set of societal normative values.

Dr. Lindsay Kite devoted her whole career to helping women with positive body image based on her negative self-image prompting her to quit competitive swimming. In her Ted Talk, which is available on the DAOFitLife Youtube Playlist, she asks us to really dig deep and look beyond the surface. She expounds upon the fact that she has studied that BMI does not take into account what incredible physical feats has done for many of her subjects and for herself. She stresses that even while being a doctoral student and studying this, that women hold themselves to these unreal standards and it only further perpetuates a distorted body image. Women are constantly being fed images from society around, the last thing needed is another unreal metric. Obsessing and stressing over these given (and defunct) metrics severely takes away from quality of life. As Dr. Kite says, positive body image is not about knowing your body looks good, but knowing your body IS good, regardless of how it looks.

It is inherently illogical to measure one factor that doesn’t change against one that constantly fluctuates. Womens body weight fluctuate constantly depending on what stage of her cycle she may be in- that affects things greatly and if a women were to constantly fixate on just that random number, then there would be no time do anything in life- let alone enjoy the body that you have.

While people tend to generally max out at a certain height, any number of factors could affect weight on a given day, and that is not even scratching the surface of the question of muscle mass described above. Water retention and cycle timing, as well as digestive issues and medications can all cause weight to fluctuate. So fixating on a certain ratio can be  particularly harmful to those who may struggle with disordered eating patterns, becoming obsessive with the control for that number.

BMI from a trainers’ point of view

My editor, Neda, has had many a-conversation with her clients to not get hooked on the number on the scale and instead, depending on their goal, pay attention to how they feel, how much energy they have, the strength and endurance they may be building, how their clothes generally fit and feel- and for some reason- the issue of weight and/or BMI still comes up. She has also had clients who came to her to get stronger and get healthier from the inside out. These clients appeared tall, slim, and svelte, yet- when she took their actual circumference measurements, there was no muscle mass, and upon more assessments, she found that they did not initially start with a baseline level of strength, and that they struggled with high blood pressure and low endurance levels. However, if they were to solely go off of BMI, then they would be classified as “healthy.” Having these problems, where blood pressure and resting heart rate is too high, high cholesterol, and a poor VO2 max score is an extremely serious issue that can even be fatal if it is not addressed in an expedient manner.

So “weight” is really a collective sum of bone density, muscle mass, and other factors. A person with a low BMI can be out of shape; an elite athlete can be considered overweight or even obese. It doesn’t make any sense. Even NPR calls it out for being “bogus” – the article lays out many reasons why.

So what besides BMI is a valid tool to measure well-being?

Besides actual weight, mood, physical activity, and digestion are all also additional indicators of a person’s overall health. Even when focusing on the numbers, you have to take into account how much more muscle weights than fat. And how much better a physique can look when it’s not “skinny fat.” Just take a look at a side by side comparison of one of the most followed trainers, Kelsey Wells. At 5’7″, she compared her weight at 122 pounds versus 140 pounds. At 122, she would be considered ALMOST underweight. But at 140, she’s within the normal range.

It goes even further than this, because it is completely possible for someone dying from anorexia to have a normal, overweight or even “obese” BMI, as this article from the National Eating Disorders Association hightlights.

Despite plenary evidence to debunk the BMI equation whole-heartedly; for some reason, much like the “number of sit-ups in a minute” test given in grade school, it is still given as the baseline test for health and wellness. When being given the answer to this equation one must be told and have kept in mind that it is absolutely unchanged for centuries and reflects biases that are no longer acceptable in our society. When doing an assessment of your health and healthy size, be aware of these factors. The BMI is a broken piece of a much larger puzzle.

The BMI Is Racist And Useless. Here’s How To Measure Health Instead. | HuffPost Life

Top 10 Reasons Why The BMI Is Bogus: NPR

My date with a dietitian – how to find one, why it matters

The DAO of getting things done

I'm just getting started with curating videos online. Click on the videos below to see the latest webinar or checkout my playlist for must-watch health and fitness videos.