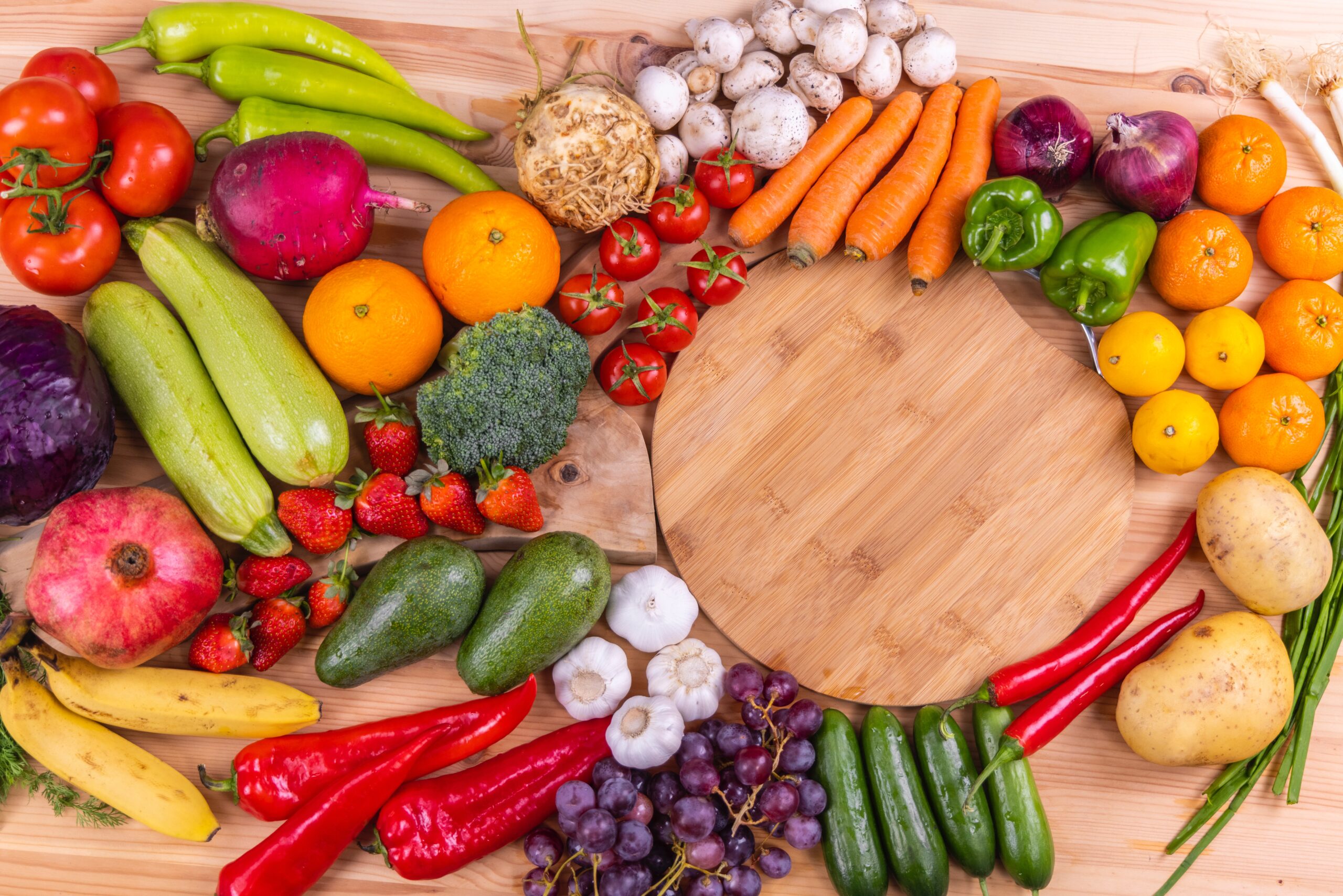 The Whole30 is a popular diet to start in the first quarter of the year, so you may be thinking of doing it right NOW. It is a reset, a new chance, a way to “cleanse” the system and purify your approach to food. The question is, is the Whole30 a “challenge” or a “fad” diet? Let’s break down the basics.

The Whole30 program was created in 2009 by sports nutritionists Melissa Hartwig Urban and Dallas Hartwig, who co-wrote the New York Times bestseller, “It Starts With Food.”

The diet is a “whole food” diet meant to “reset” your body. The diet promises more energy, better sleep quality, clearer skin, and less bloating in 30 days. There are even miracle health stories, like this woman who recovered from a chronic lung disease after doing the Whole30 plan.

For the 30 day challenge, you will stick to the classic formula of whole foods and healthy fats (including fruits and even natural fruit juice) and eliminate any processed sugar or dairy. In some schools of Whole30, caffeine elimination is part of the diet, some maintain that black coffee is OK. After 30 days, you slowly reintroduce off-limits food groups to check for reactions.

There is also the option of extending the diet for 45, 65, or 90 days. This could be, for example, if you feel like you need a longer time to lose weight or have a lot of underlying health issues to address. It could be after the 30-day period, when you are starting to see results and simply want to maximize on them.

On average, though, most people stick with the 30 days, so the rest of this article evaluates the program with that frame of reference.

What you can eat

What you cannot eat

Nothing man-made, basically. No protein powders, no anything that comes in a bag or a box, and no added sugar. I already recommend you be a labelista, but this diet you need to be extra vigilant of labels, because they can catch you off guard. For example, hot sauce can often have 1-2 g of sugar (this would pose problems for Keto and Paleo, as well).

Also, the Whole30 diet disapproves of any foods that are meant to mimic popular comfort foods, like pancakes, even if they are made with compliant Whole30 ingredients. So even if you were to make pancakes with eggs, bananas, and honey (and that’s actually possible), Whole30 would disapprove. Same with smoothies. The rationale is that such foods send your brain “confused” signals. I have to say I agree with that contention on the smoothies (as I explain in this article).

Oh yeah – almost forget – no alcohol, of any kind!! Which makes this a popular program to do at the start of any year, neatly coinciding with New Year’s resolutions and Dry January.

The “can I have” guide from the whole 30 website is probably the best source for the “yes” and “no” foods. The site claims these are just “suggestions” but the way that this is written makes me feel that these are the same type of “suggestions” my mother gives me about what to do with my hair:)

Difference between Whole 30 and Keto/Paleo

Keto, Paleo and Whole30 actually have a LOT in common. These three diets are like the popular clique in high school – they run in a lot of the same circles. The primary difference between Whole30 and Keto/Paleo is Whole30 is more time-bound, i.e., 30 days.

Whole30 is probably the most strict of all these diets. It eliminates dairy, like Paleo – but it also eschews sugar of any kind that would pass on Paleo, like honey, agave, or maple syrup. Like both Keto and Paleo, grains and legumes are off the menu (not because of the carb content but due to their “inflammatory” nature).

In addition, Paleo and Keto both permit natural forms of sugar substitutes like Stevia and monk fruit – but Whole30 is more purist, and you cannot have such flavor.

You can read executive summaries about the Keto and Paleo diets (and how THOSE two are different from each other) in my posts here and here.

What the proponents say

Proponents say the diet promotes a healthy psychological response.by eliminating foods that have sugar or may trigger cravings for sugar. This also results in more balanced hormones, healthy gut, and minimimzed inflammation.Balanced hormones doesn’t just mean your PMS is going to go away. It also refers to common everyday stress hormones that affect both men and women, like cortisol. https://www.webmd.com/a-to-z-guides/what-is-cortisol

“Healthy gut” is a term of art used in opposition to “leaky gut”. Leaky gut is a catch-all term for everything that may be wrong down south in your intestinal digestion, like bloating, gas, etc., that isn’t specifically tied to one condition. A common approach to “leaky” gut is an elimination diet to see how the gut responds. Since Whole30 IS an elimination diet, it can lead to the “repair” of a “leaky gut” – thus becoming a “healthy gut.”

What the opponents say

Opponents compare the Whole30 diet to other fad diets, in that some weight loss may result, but will come back immediately once the diet is stopped. Like Keto and Paleo, Whole30 gets pushback for eliminating grains and legumes, which experts say are needed for their fiber and B vitamins. Proponents clap back that this is a limited cleanse, and such foods can be reintroduced into the diet.

If you are a social butterfly or are motivated by a team approach, this could be a good plan for you. The first time I heard about Whole30 was when a group of my colleagues decided to do the Whole30 challenge together. It’s a good motivation to have someone in it with you, like a colleague, roommate, or significant other. You also stay more accountable that way.

The diet eliminates obvious items that are not great for you, like diet soda. If you are a rule-follower, you will like that there are bright lines in this diet. Like Paleo and Keto, the market has a lot of “Whole30 friendly” condiments and salad dressings. There is no “portion” restriction, either, as long as you follow the diet. It is a good way to start for people who really need to clean up their diets because they eat a lot of candy, sugar, or fried foods. There is also an opportunity to identify foods that may be giving you trouble, although you have to follow the guidance of slowly introducing back in to be able to effectively target the problem food.

Similar to the “Keto flu,” you will feel very out of sorts the first week on this diet. It is not a good idea to start this diet in the middle of a busy season. Even though it is only for 30 days, the diet is ridiculously restrictive and has weird, arbitrary rules. The diet is strict about random things, like saying you can’t have mashed up frozen banana because it is too similar to ice cream. Also, the lack of weighing or measuring is troubling – how are you supposed to understand the success or the failure if you don’t have a before or after metrics? (the DAO of metrics explains more about this). Also, the Whole30 guidance claims that even a few bites of any Whole30 non-compliant food can totally throw off the cycle, which seems a bit dramatic.

Like Keto and Paleo, there are a ton of Whole30 recipes available on the IoT. A lot of them are also Paleo and Keto-compliant. Here are a few examples:

Because the diet is so short (even when extended), there aren’t a lot of blogs focused on just Whole30 -many of them feature the two other members of the clique, Paleo and Keto. The Whole30 official blog is the best one for just Whole30-focused content.

I actually like a lot of the Whole30 approved products, especially the condiments, regardless of whether I am doing Whole30. Obviously, you can find a lot of them on the Whole30 website

The one brand I would highlight that I did not already in the Paleo/Keto posts is the New Primal line of condiments. These come in amazing flavors like Buffalo Ranch, Buffalo Wing, Wasabi ranch, and BBQ (Hickory and Smoky). For us girls from the South who love a good BBQ flavor all is not lost. You can buy these on the New Primal website and at grocery stores, even mainstream ones like Harris Teeter, Safeway, and Giant. They even have KETCHUP! I am one of those people who eats their eggs with ketchup, so this delighted me (if you are grossed out, judge away, I will defend this until my death).

Most of the apps I recommended for Paleo and Keto also feature Whole30-friendly recipes. There are not that many apps dedicated to Whole30, for many of the reasons that there aren’t a lot of standalone Whole30 blogs. The best app I have seen for Whole30 purposes is the Real Plans app. You can program the app for the Whole30 diet, indicate when you are starting the Whole30, and the app will design a meal plan for you. It will customize the meal plans based on factors like whether you eat breakfast, want a quick lunch option, and how many times a week you want to cook dinner. It also gives you a customized shopping list with boxes you can check off for this purpose.

Click the Link above or the Image below to check out my YouTube Channel which has recoridngs from my Live webinars as well as shorts.